Due to many large life events, some good, some bad, I took a very, very long hiatus from writing. However, this summer, I am working on writing more, and thus I have finished 3 short stories/novelettes and a novella! They are now available for pre-order on Amazon. (If you don't like to buy things from Amazon, contact me, and I can provide you with an alternate way to purchase them.) 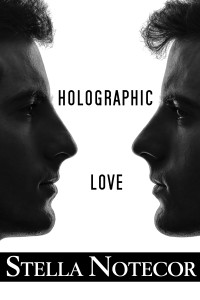 Matt has been in love with Tamien since they met at the Training Grounds of the Galactic Army. Now a Captain aboard the Galactic Army's flagship, the North Star, he knows he cannot have Tamien. Not the real Tamien, anyway.

What he can have is a hologram. The hologram is an exact replica of the half-Canlan, half-Terran, from its russet-colored skin to its brilliant green eyes, except for one tiny change. This Tamien loves Matt, not Sara.

When Tamien discovers the hologram, Matt fears losing him forever, but the one who is really lost is the hologram. It has developed a mind of its own... and even knowing the truth of its existence, it still loves Matt with all of its heart. 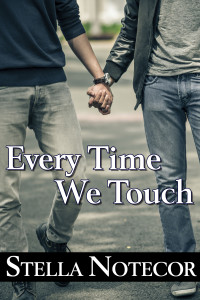 Ben doesn't understand Kevin. He blames it on the accent.

Kevin is a sheltered homebody from Louisiana who wants to be a television star. On his way to a call-back audition, Ben wishes him luck. He returns the man's well-wishes, and that's where the confusion begins.

Kevin doesn't understand Ben. He blames it on the crazy.

Ben loves vampires and likes to use beer bottles to plan out scenes for their TV show. He refuses to do anything except cuddle up next to Kevin and eat popcorn on KeBen nights.

Every time they touch, the misunderstandings fade away.

Kevin's never been interested in men before, but when he touches Ben, everything in the world just feels right. Kevin isn't sure why it kills him inside when Ben starts seeing one of their male guest stars... and when Ben stops touching him, Kevin's whole world comes crashing down. 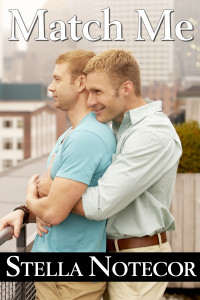 Reporter Anthony Benson has a chance to interview Robert Tanner, the son of Congressman George Tanner. Ostensibly, the interview is supposed to be about Rob's matchmaking business, which he runs with his college roommate Maxwell Smithfield. Anthony sees it as an opportunity to tell a story that will jump start his career: the story of how the Congressman's gay son fell in love.

But first, he has to get the story from Rob... This three novelette collection contains over 40,000 words of angst, drama, and clueless boys! (However, it doesn't contain any on-screen sex, so feel free to share it with your friends who aren't quite ready for full-on man-love!)

The novelettes contained in this collection include: Every Time We Touch, Match Me, and Holographic Love. 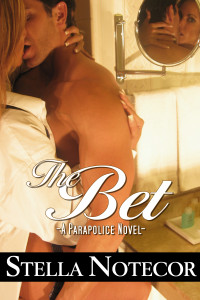 Jason joins the Stanton and Associates private investigation firm on a whim. His rash decision soon leads to another--he bets his new partner Adam that he can hide from him in between working on their assignments. After all, Adam might be the best psychic Jason has ever met, but Jason has a wildcard up his sleeve.

He can shape-shift--and he isn't confined to his own gender.

With that in mind, Jason plans to win the bet by seducing Adam as a woman. Only, Adam's actually pretty awesome. And the sex is totally mind blowing. And Jason might be falling in love...